How to Be the Perfect MSP Client

For this paper, a study was performed where a sub-sample of two client populations were evaluated based on a series of factors and data that were considered to be best-in-class differentiators in client experience and success. The factors were monitored and recorded from the initial sales cycle, through implementation, and ultimately into the current state of sustained operational management. Clients were grouped based on their performance around a key subset of cooperation and trust factors. In essence, there was one population that was deemed to be fully trusting of their MSP, scoring 30% higher on those factors, and another where cooperation and trust were generally weaker although still present. 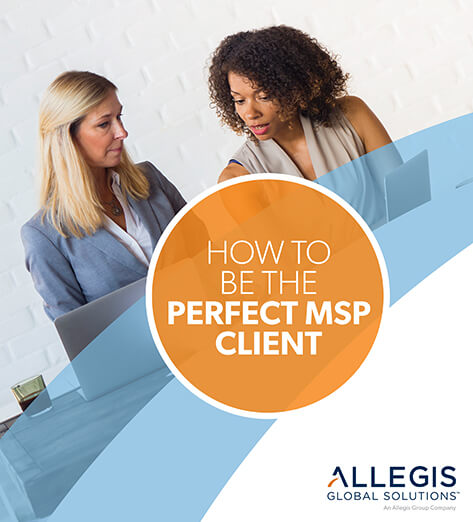